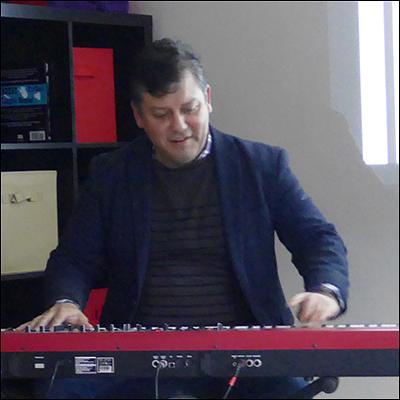 The piano has been described as the backbone of the tango orquesta, and Dr Daniel Rojas brought his formidable professional skills to this question at a presentation on 12 August 2017.

This edition includes a report on this discussion, recognises El Señor del Tango, and closes with the second part of the discussion of how we learn tango with Sarah Bonnar. That’s Tango Capital, Sunday evening from 7:00pm to 8:00pm:

Last edition explored the life of 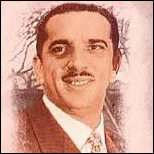 uson and Friends warmed up a cold winter night in Sydney with a hot presentation of a variety of tango at the Camelot Lounge on 6 August 2017. This edition includes a report on Hot Tango In Winter, introduces the voice of Jorge Durán, and finishes up with discussion of how we learn tango with Sarah Bonnar. That’s Tango Capital, Sunday evening from 7:00pm to 8:00pm:

Following on from the 2 July edition discussing Juan D’Arienzo’s reinvention of himself in 1935, the statement that he speeded up the music has been challenged. The point made is that, with the switch away from 4/4 to 4/8, D’Arienzo’s new sound was based around 8 shorter notes rather than 4 moderate notes, and that these shorter notes would give an impression of being faster – just because there are more of them in a given time.

The results show that the differences between D’Arienzo and his contemporaries on the same pieces of music sampled vary between 2.8% and 36.5%—and in every case D’Arienzo is the faster of the two. Some other points emerge:

There are some caveats on this analysis…the matching was not exhaustive (only around 3,500 recordings checked), D’Arienzo’s music in subsequent years may have varied in speed from the 1935 recordings, only a small number of contemporaries were identified from the many that were recording at the time…nonetheless the results do suggest that D’Arienzo really did speed up the music a little, and in so doing he gained an edge in excitement over his contemporaries.

Last edition introduced the life of Cátulo Castillo. This edition will feature his music and lyrics as played and sung over 4 decades, exploring the ways singers presented the lyrics in many different styles. That’s Tango Capital, Sunday evening from 7:00pm to 8:00pm:

It would be a rare milonga that did not include any songs at all from Cátulo Castillo but being primarily a lyricist means that few know his name. This edition looks at his life and times, takes a look at the broader context in which tango developed through the piano lecture Clásicos Argentinos, and finishes up with discussion of a milonga tanda with Serkan Alasya.