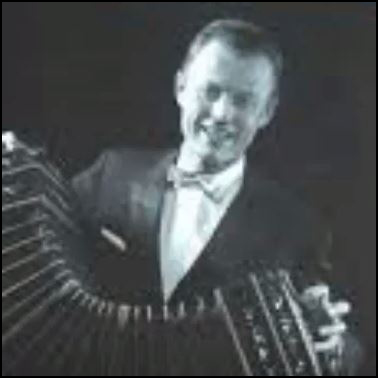 And, after the brief introduction last week, this week the music of Fernando Tell is unpacked, with examples from Francini-Pontier, Troilo, and a very young Piazzolla.

A recent book release from Abrazos, Blackness And Tango, is reviewed, Fabian Salás finishes his discussion of the evolution of the dance with a comment on the future, and there is a look at the impact of bandoneónista Fernando Tell.

Abrazos is located in Stuttgart, Germany and also in Cordoba in Argentina, and since 1999 has specialised publication of books about Argentinian literature and tango written in English, German, Italian, French and Spanish.

Image: My copy of the book “Blackness and Tango” by Monica Fumagalli, from Abrazos press, 2016. It is the policy of this program not to accept gifts or donations for review. Events and items for review such as this book are always purchased.

Enrique Alessio featured last week so this week focuses on his music in more depth, tracing how he was able to adapt the style he developed early on with Pugliese to the orquestas of D’Arienzo and the singing of Alberto Castillo.

This Sunday includes the second part of the interview with tango legend Fabian Salás as he discusses the evolution of the dance, and a look at the life of bandoneónista Enrique Alessio.

Image:  Fabian Salás in the studio with Ann Smith on 12 September 2016. 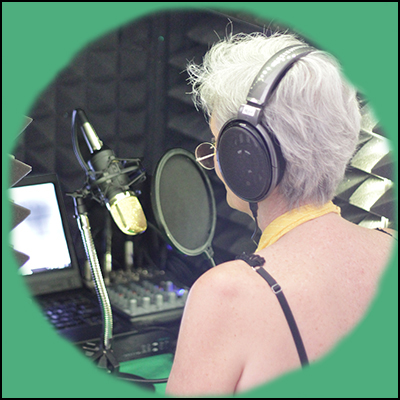 The Tango Capital studio has had its first major upgrade!

A digital hybrid unit from Telos has been installed – its the skinny black box underneath the mixer and computer. This enables interviews to be conducted by phone.

International interviews will now be feasible. Looking forward to bringing interviews on technicalities and tango from overseas to you over 2017.

Thank you to Myk Dowling on design, construction, and installation.

And thank you to SWAMP for sound advice and sound absorbance: http://www.swamp.net.au

In looking back over 2016 I noticed that my comparison of the speed of the Australian singer Josè Carbo to classic tango singers is a little one-sided in effect. So to even the field I have a similar analysis of some songs by a moder

Marcelo Álvarez (27 February 1962-), born Córdoba, Argentina, is a lyric tenor singer with an international career in opera. In 2000 he released Marcelo Álvarez Sings Gardel through Sony Classical. Recorded 16-23 August 1999 in Buenos Aires, it is a selection of Carlos Gardel’s tangos, accompanied by Nestor Marconi on bandoneón and Pablo Ziegler on piano among others. Eleven of the thirteen tracks were written by Gardel, and Track 13 is a digitally-mastered duet of Álvarez singing Mi Buenos Aires Querido with a 1934 recording of Carlos Gardel.

Compared to Gardel’s recordings of the same songs from during and just before the ‘Golden Age’, these tracks are on average over a third longer, and even Track 13, where Álvarez sings with Gardel, is 17% longer. Álvarez must be singing at the same tempo as Gardel on that track, so this clarifies that some of the difference is in the arrangement. But that track is one of the closest to Gardel’s length, and listening to other pieces such as Tomo Y Obligo, which is 51% longer,  makes clear that as well the tempo of Álvarez’ singing is overall much slower.