In Spanish, Alturas is a musical term referring to pitch, and more generally to ‘the highest’, and Alturas  took us high at their recent performance at Django’s in Sydney. Jose Basso kicks off the program before a brief report on Alturas’ style of tango/jazz, and (after a technical hitch last week) Chloe Williamson and Stephen Cutriss of Mendoza Tango Quartet finish the program with a replay of part 1 of their interview. That’s Tango Capital, Sunday evening from 7:00pm to 8:00pm

Image: Alturas at Djangos, Marrickville, Sydney on 17 September 2017; Daniel Rojas is there on piano, lit in green – unfortunately I could not find a location in the venue from which to take an image that showed all the band clearly. 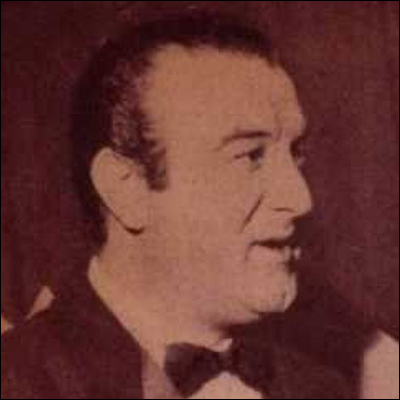 After a brief introduction to the life and untimely death of Jorge Maciel last edition, this editions features his singing over the decade 1949 to 1959, with Gobbi (the younger) and then with Pugliese.

Well, actually, no: the gremlins struck, and the interview will recommence in October 2017. I do apologise.

But you can listen to that interview with Chloe Williamson and Stephen Cutriss here:

Image: Chloe Williamson and Stephen Cutriss of Mendoza Tango Quartet, after playing in the Australian Tango Orquesta on 30 September 2017. 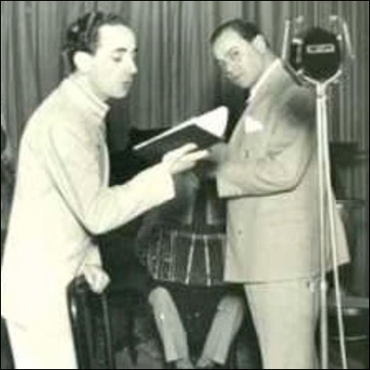 After checking out Di Sarli with Jorge Durán over the previous couple of weeks, last week introduced the voice of Ernesto Famá singing with Di Sarli , and this week further features the singing of Famá with a variety of orquesta.

In Argentina the question on everybody’s lips, and Facebook pages, at the moment is, ‘Where is Santiago Maldonado?’

The continued absence of the protester is inevitably evoking references to the ‘Dirty War’ under the military junta from 1976 to 1983, when so many thousands of people ‘disappeared’. Tango was effectively halted during that period both because gatherings were politically dangerous and also because being out late was simply unsafe. But tango and politics are never very far apart in Argentina and the name ‘Maldonado’ was already in the tango canon. In fact there are four songs of that name.

One is a tango composed by Luis Nicolas Visca with lyrics by Luis Rubistein. The Maldonado was a stream in Buenos Aires named for the legend that a woman of that name was abandoned there by the first Spanish governor Pedro de Mendoza in 1536. By the 19th century the stream was in effect an open sewer that flooded Buenos Aires regularly, before emptying into the Rio De La Plata near Palermo. In 1928, the year of this tango, major works commenced to enclose it and re-situate it underground. The song commemorates the unhappy events, the robberies, the murders, the deaths that that would have occurred near the stream as it wound its way through the poorer suburbs of Buenos Aires over nearly 4 centuries of European settlement. Accordingly it is perhaps not surprising that this tango has not been re-recorded since Fresedo (with Fama singing on 7 February ) and Canaro (with Charlo singing) independently recorded it in 1928 in celebration of these significant civil works.

A second tango was also written in 1928, and also recorded by Canaro with Charlo singing–in fact recorded twice by them, at one recording session on 10 December 1929,and at another session on 2 May 1930. The music is by Raúl Joaquin de los Hoyes; the lyrics by Alberto Vacarezza nostalgically portray the Maldonado as the playground of children, a place of safety, and so also as a female confidant to whom the singer returns after he is inevitably dumped by the heartless woman he follows after he commits criminal acts to remain with her. This is 1928 and the lyrics still usually portrayed women as heartless sirens at this time, but I think that this woman may also be a symbol of the heart of  the tango district, centered around Corrientes and Esmeralda and where, by all accounts, the criminal element would congregate also.

Both the music and lyrics of the third one were written by Alberto Mastra, but much later, in 1943. It was also recorded twice, both times in 1943, by Di Sarli with Roberto Rufino singing on 17 December 1943, and by Laurenz with Alberto Podesta singing on 9 December 1943. This one looks back on the earlier, pre-1928, days of Buenos Aires with nostalgia, It is a milonga, and it further evokes connection with rural Argentina by casting the singer as a foreman at La Rural, the Buenos Aires equivalent of the Royal Showgrounds, where produce and stock are brought in to the heart of Palermo from the country for exhibition and sale. The entubation of the Maldonado is a watershed point in this song, a marker of the shift from a nobler past to the present. Given the political events of 1930 and the subsequent and permanent downturn in Argentina’s fortunes, perhaps the songwriter was onto something.

The fourth tango was called ‘El Maldonado’, to differentiate it from the others, perhaps, and it was among around two dozen pieces written by composer and violinist Carlos ‘Hernan’ Macchi (1878-1929). El Maldonado was probably written when the civic works were announced, and so not long before he died at the early age of 51. Unfortunately little is known of it as it was an instrumental tango, without lyrics, and without any extant recordings obvious.

The original entubation was covered over with earth and called Avenida Juan Bautista Justo, after the left-wing and progressive journalist and politician who died in 1928, and which explains the slight bends in that road. The 1928 works finished in 1933-34 and were very effective but there was still some overflow during heavy floods, so further works were undertaken in 2005-2012 to improve the drainage with extra tunneling.

It is to be hoped that there will be no need of a fifth piece of tango music named “Maldonado”.