In Spanish, Alturas is a musical term referring to pitch, and more generally to ‘the highest’, and Alturas  took us high at their recent performance at Django’s in Sydney. Jose Basso kicks off the program before a brief report on Alturas’ style of tango/jazz, and (after a technical hitch last week) Chloe Williamson and Stephen Cutriss of Mendoza Tango Quartet finish the program with a replay of part 1 of their interview. That’s Tango Capital, Sunday evening from 7:00pm to 8:00pm 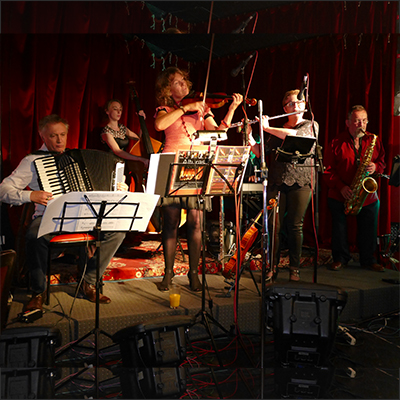 Image: Alturas at Djangos, Marrickville, Sydney on 17 September 2017; Daniel Rojas is there on piano, lit in green – unfortunately I could not find a location in the venue from which to take an image that showed all the band clearly.