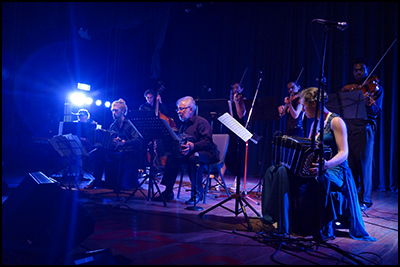 Cantor de la orquesta Jorge Maciel kicks off this week’s edition, and Tángalo perform with Nestor Vaz, all  followed by a discussion of tango in relation to the martial arts with Rina Sawaya.

That’s the tango hour this week, 7:00pm this Sunday: