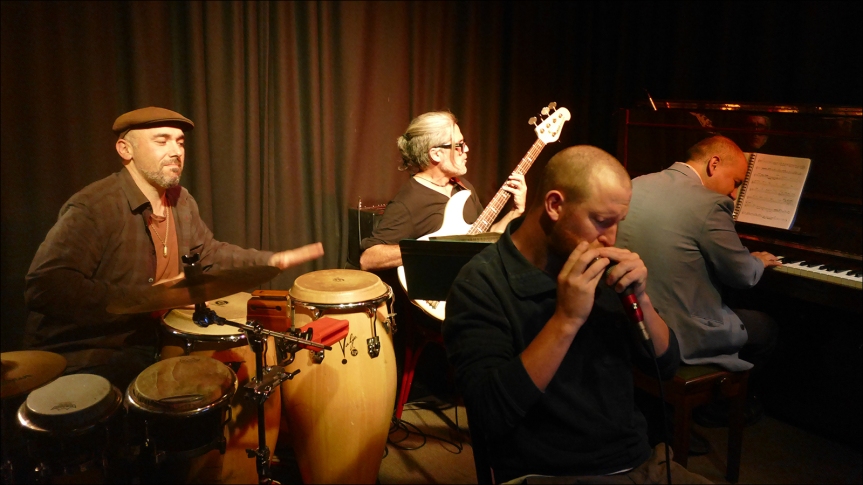 Tango Sur is a new collaboration based in Melbourne, and we catch up with them,  but first there is a brief look at the life and legacy of singer Jorge Maciel, and a quick round-up of What’s On.  That’s this Sunday on Tango Capital, 7:00pm to 8:00pm:

One of the significant influences on the band is Danilo Rojas‘s professional status as a pianist and teacher, with a masters degree in jazz and improvisation; another is his Bolivian heritage, as the musics of the Andes also includes improvisation. Diego Neder is also from South America, but from Argentina, from Sante Fe, in the centre of Argentina’s folkloric heartland, and he plays electric bass rather than the acoustic guitar of that tradition. Salvador Persico is an Australian percussionist with Italian and South American heritage; his formal musical education at the Victorian College of the Arts is also slanted towards improvisation and his music is heavily influenced by Afro-Cuban and Latin American folk/popular music, Latin Jazz, 70’s Salsa and Reggae. Chris Maunders is also Australian and professionally trained at the VCA, and appears intent on restoring the chromatic harmonica to the importance it had in the development of jazz during the 1930s and 1940s. With themes of formal training, improvisation and interests in various musics from the Americas reinforcing each other there’s a lot to like there, but how does it all sit with tango? Listen in…