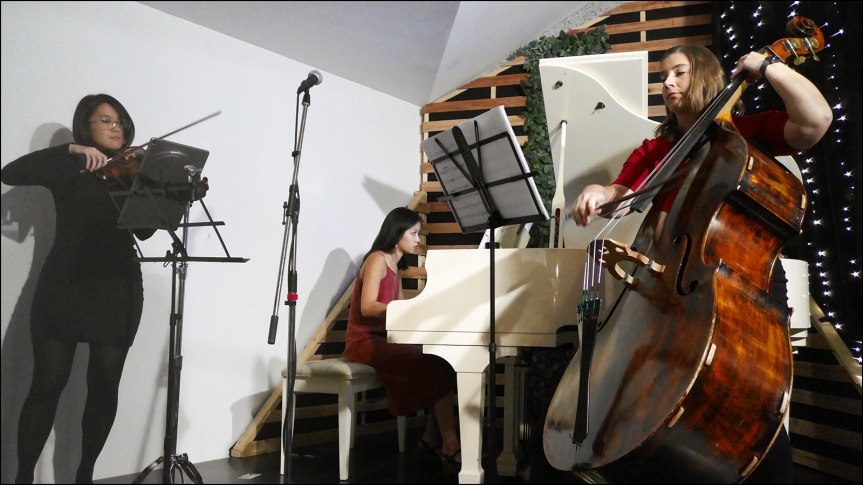 Tango Enigmático is the latest initiative of Brisbane-based contrabajista Chloe-Ann Williamson, and this edition she talks about where the ensemble came from, and where it is headed. That’s this Sunday on Tango Capital, 7:00pm to 8:00pm:

Image: Ann Smith: Tango Enigmático in concert at The Glasshouse, Brisbane, on 5 May 2019.